Your IT Support Experts

We partner with many types of businesses in the area, and strive to eliminate IT issues before they cause expensive downtime, so you can continue to drive your business forward. Our dedicated staff loves seeing our clients succeed. Your success is our success, and as you grow, we grow.

Your End Users Are Your Last Line of Defense against Cybercriminals

Cybercrime has been on the rise over the last few years, and it doesn’t look like it will be slowing down anytime soon. As it turns out, bad actors can turn a profit by targeting businesses, and their tools and tactics are only getting trickier.

Over the last three or four years, we’ve seen some of the world’s biggest data breaches. Yahoo, Marriott-Starwood, and Equifax were the highest profile attacks, with a combined 3.5 billion accounts hijacked for those events on their own. To put that in perspective, you could take any two human beings on the planet, and there would be a pretty good chance that one of them was a victim of a data breach over the last three years.

Security breaches like this have increased by over 67% since 2014, and the trend is still climbing.

It’s actually almost a good thing that these massively high-profile data breaches are happening. Hear me out:

We’re not looking at data breaches in a positive light, but I firmly believe that the last few years has been the lesson the world needed, and it is a lesson a lot of organizations are taking very seriously. Policies and laws are hitting the books, and compliance regulations are being mandated within certain industries. Organizations of all sizes are taking data security seriously.

What Does This Mean for Smaller Businesses?

Of course, when we talk about data breaches, we always reference the big ones like Yahoo, Target, Sony, eBay, etc. Or we talk about the municipal attacks, where large cities like Albany, NY and Baltimore, MD were targeted, along with smaller towns like Wilmer, TX and Lake City, FL being held at ransom.

We don’t hear about the 40-person company that goes under because of a cyberattack, because it affects fewer people. The problem is that small businesses are a major target. In fact, according to a survey by Verizon, 43% of breach victims were small businesses.

Smaller businesses are easier targets because they usually don’t pay as close attention to their security.

There are things you can do. If you want to start getting serious about your organization’s cybersecurity, there is no time like the present. Call our knowledgeable IT professionals at Haber Group today at (866) 625-3560 to get started taking the steps you need to keep your company’s data and infrastructure secure.

Facebook Twitter LinkedIn
Tags:
Security Phishing Cybersecurity
A Brief Review of Firewalls and Their Importance
Tip of the Week: Common PDF Tricks You Need to Kno...

Charles Haber has been a technology expert for small businesses in general, and the AEC industry specifically for over 25 years.  15 Years ago, he founded Haber Group to provide technology services that combine business needs with the human factor.

More posts from author
Thursday, September 24, 2020 How Do Large Companies Back Up Their Data / Maintaining Safe Access to Any Volume of Files
Wednesday, September 02, 2020 What to Do if a Hacker Threatens You
Friday, July 03, 2020 Not All Cybersecurity Efforts Work to Keep You Secure

No comments made yet. Be the first to submit a comment

By accepting you will be accessing a service provided by a third-party external to https://habergroup.com/ 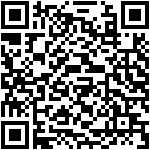 Haber Group offers multiple ways for you to receive support and and connect with our team.

Haber Group Launches New Website
Haber Group is proud to announce the launch of our new website at www.habergroup.com The goal of the new website is to make it easier for our existing clients to submit and manage support requests, and provide more information about our services for prospective clients.
Read More

Learn more about what Haber Group can do for your business.